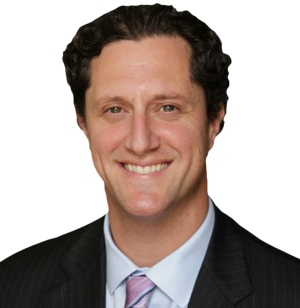 Justin Harelik has a singular goal: to get people out of financial distress and move them to financial stability and prosperity. He does this by combining 15 years of in-depth experience in bankruptcy, credit management, debt negotiation and student loan modifications, and he does it with both English and Spanish-speaking clients.

Mr. Harelik shares his insights into bankruptcy and financial recovery through a weekly article he publishes with Bankrate.com, as the Bankruptcy Adviser, which has been picked up and run hundreds of times on Yahoo.com, MSN.com, AOL.com, Foxbusiness.com, Fidelity.com and numerous of other sites. He has been quoted in The New York Times, The Wall Street Journal and interviewed by Spanish television powerhouse, TeleMundo. Hundreds of law firms throughout the country have linked Mr. Harelik’s columns to their sites and used his information to help their clients.

Mr. Harelik received his J.D. from Loyola Law School in Los Angeles and his B.A. in English and history from the University of Wisconsin-Madison. Currently he is a member of both the State Bar of California and Texas and is admitted to practice in the Central, Eastern, Northern and Southern District of California.

Mr. Harelik has spent a year studying in South America, and speaks fluent Spanish. He is also a volunteer Big Brother for the Los Angeles Division of Big Brothers/Big Sisters.

The most important moments for Mr. Harelik are helping people turnaround financial disaster into financial success and spending time with his family as the resident “tickle monster” to his two young daughters.

Published over 500 columns on Bankrate.com as the “Bankruptcy Advisor”
Hundreds of columns posted on Foxbusiness.com; MSN.com; AOL.com and Yahoo.com

Need to talk to Justin?
Feel free to get in touch with any enquiries and Justin will get back to you as soon as possible.